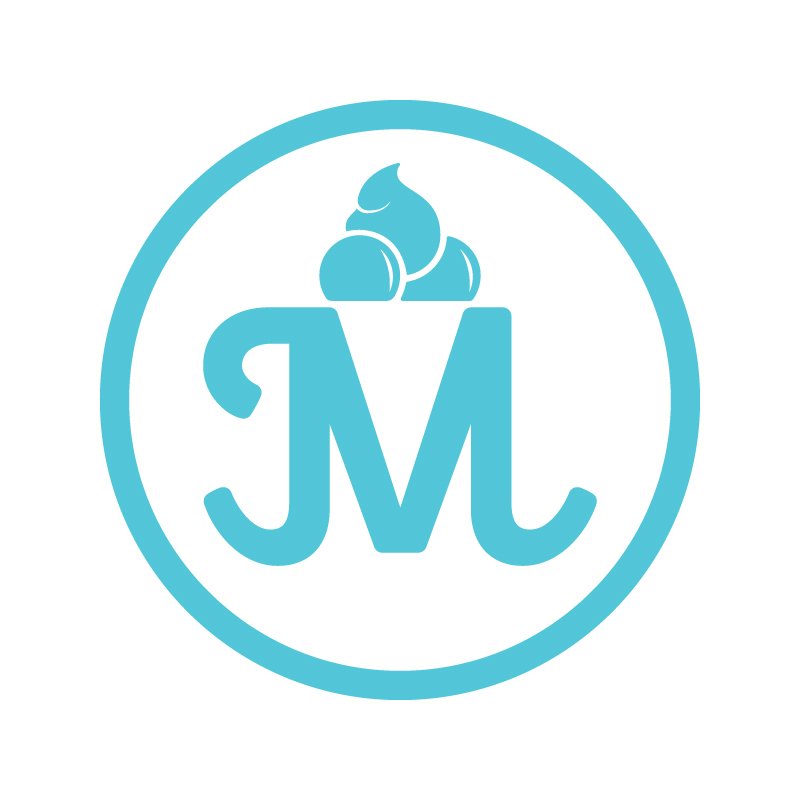 We recently had the pleasure of creating a branding package and custom logo for Mt. Pleasant, SC based Marion’s Gelato. Marion began her new company in an effort to give people a healthier alternative to ice cream. She planned to source local, organic ingredients. She wanted to offer something fresh and without preservatives, such as the the ones commonly found in mass produced ice cream, in your local grocery stores.

We went to work compiling a mood board based on the conversations we had with Marion. The mood board consists of ideas for designs, colors, and fonts that we can draw inspiration from during the design process. We knew that the logo had to be appealing to the young/hip audience that represented the core of the artisanal gelato market in Mt. Pleasant and Charleston.

Since the idea behind the company was to produce a healthy alternative to ice cream, the first thing that comes to mind is a cone of ice cream. So, we needed to produce a cone that would relate to the new company. We used the negative space in the M to represent an ice cream cone. There were a number of different concepts on how to portray the gelato on top of the cone. The variation ranged from different swirl designs to one large scoop. We finally found the perfect combination that resulted in the three scoops of gelato seen in the final design. The custom logo has a modern feel combined with timeless qualities that will be capable of representing Marion’s growing brand well into the future.

We also created custom labels for her gelato containers. The eye catching designs can be colored to reflect different flavors. Next, we set up her social media accounts and furnished her with icons/banners specifically sized for each platform. Then, layouts were created for her business cards, letterheads, and pens. Since her business is starting out mobile, we adapted her packaging design into an umbrella design and created custom graphics for her portable coolers. Look for her at local farmers markets beginning Spring 2020.

The next time you pass through Mt. Pleasant, SC, try a cup of artisanal gelato from Marion’s Gelato. And if you find yourself in need of a new logo, custom packaging, or a website, give us a call.